When you look at an artwork, the first thing that crosses your mind is how attractive or unattractive the art is. While some artwork simply expresses aesthetic beauty, other artworks aim to pass a message or represent real situations. The latter type of art is known as representational art.

Keep reading to learn more about representational art including its history, its importance in the art world, and some of the styles most well-known artists.

A representational artwork contains a real image or object that individuals can easily identify. Therefore, the artist aims at using a skillful technique to give the visual art an appropriate touch of realism.

For instance, a representational artist can paint a flower using characteristics that anyone can identify as a flower’s, but then the artist adds other abstract elements to its environment. These elements are things you would never find in the environment of a flower which also diminishes the concept of reality.

But, provided that it still has the basic elements related to something real, it is still considered a form of representational art.

Note #1: Sometimes, Representational Art is referred to as Figurative Art even though it doesn’t have to contain figures.

Note #2: Nonrepresentational art would be artwork that doesn’t portray anything that is real. In other words, the art work doesn’t attempt to illustrate a person, place, or object as in conceptual art. See artist Piet Mondrian’s Kunstmuseum Den Haag as an example.

A Brief History Of Representational Art

Representational arts are some of the oldest surviving artworks in the world. These works date back to cave paintings from over 40,000 years ago. Another example is The Venus of Willendorf, which dates back to more than 25,000 years ago.

There are also ancient arts that date back as far as the Stone age. They usually represent real people and scenes and sometimes narrate the setting of their environment.

The most impressive representational artworks came to be during the Renaissance. Historical artists like Leonardo de Vinci and Michelangelo are two of the most famous artists responsible for this type of work. Both artists created pieces that were stunning replicas of real people.

A good example of these artworks is Leonardo de Vinci’s Mona Lisa, where we see the perfect representation of a woman. During this period, artists did mostly commissioned works for royalty. In other words, most of the artwork around this time depicted real people, and as such are representational.

Over time, painting techniques have continued to develop and have undergone many stylistic changes. Despite the phases it’s gone through, figurative art has maintained the concept of presenting real-life objects as the subject of the painting.

The Importance Of Representational Art

The reign of representational art in history has been quite significant, and the majority of artists have expressed it in their works of art.  Despite the advancement of other art forms, representational art has remained quite unchanged. Today, it still remains one of the most prevalent forms of art due to its positive reception from both artists and viewers.

The representational art style is important for the following reasons:

Representational Art Serves As A Guideline For Artistic Merit

One of the major roles that representational paintings and other artworks play is that it sets a standard for evaluating the artistic excellence of an art piece. Evaluation of an artist’s work often depends on the authenticity and similarity it shares with the image the artist tried to recreate. With this, it is easier to differentiate outstanding works from average ones, especially in a portrait or still-life drawing.

This is an added advantage over other forms of art, as the subject of the artist’s work is a visible reference to aid evaluation. In other words, if an artist paints an image of a tree in a meadow, the artist’s skill will be judged based on how much the figurative painting is an authentic representation of the original subject.

Representational Art Serves As A Starting Point For Artworks

Portraits, landscapes, scenes, and other life situations serve as a starting point and inspiration for an artist whose goal is to replicate a real subject. Representational art involves an artist’s basic skills, including drawing, composition, color mixture, light contrast, and perspective. Therefore, an artist with these skills can paint using any form of art technique.

As a result, beginners favor representational art as it helps hone basic artistic skills and helps them graduate into more complicated art forms.

Representational art is a genre that never grows old and has remained in vogue throughout the history of art. In some cases, these artworks only received recognition after many years had passed. The fact that modern-day individuals still understood these art pieces after such a long period of time, demonstrates the application and the usefulness of representational art.

The rapid growth of technology has also resulted in an increasing amount of comfort that people have with representational art. This is due to the ease with which galleries and artists can reproduce artwork using digital tools and computer programs. In this way, popular art pieces can be duplicated and widely distributed while ensuring that they retain the quality of the original image.

Artists Who Have Created Well-Known Representational Works of Art

There have been many works of art that artists have created over the years that depict real-life things and people. Some of them are exceptional examples of representational art. Each artwork depicts a specific subject matter such as a person, a still-life, an animal, or a landscape.

Let’s take a look at some of these famous Representational artworks and the artists who created them.

Four Apples is a still-life representational painting that Paul Cézanne painted in oil on canvas in 1881. It is notable because it demonstrates his rejection of wide brushstrokes and instead preferred the use of strong light and shadow contrasts.

Cézanne used this technique to bring out the colors of the subjects he was painting, allowing him to produce works of art that were lifelike in their appearance.

No one could mistake the four round objects in the middle of the canvas in Four Apples for anything other than apples. Though Four Apples is one of his more plain works, the complexity of this piece is found in the way he depicts its subject matter.

This ability to depict the fruit exactly as he saw it allowed Cézanne to avoid any possibility of his work being misinterpreted by the public at large.

Valencian Fishermen is a simple picture that Sorolla painted in 1895 during the period of the Impressionist movement. By giving his painting such a straightforward title, Joaquin Sorolla could convey exactly what his artwork was about.

His painting shows two men standing at the edge of the water, working with fishing equipment.

His inspiration is assumed to be from real-life Valencian fishermen, going about their business in the middle of the day. The painting gives an aura of a peaceful city though it clearly focuses on the fisherman working on the coast.

Turkeys demonstrated the painters’ ability to accurately portray animal representations in an incredibly realistic and representational manner. In this picture, Sir Stanley Spencer painted turkeys in the backyard of someone’s home. These turkeys were the focal point of the painting. Thus, they were the first things an admirer saw.

As a result, it is unlikely for viewers to misinterpret the subject matter of Spencer’s work. Beginning with the title, Spencer conveyed the message and what his painting represented. 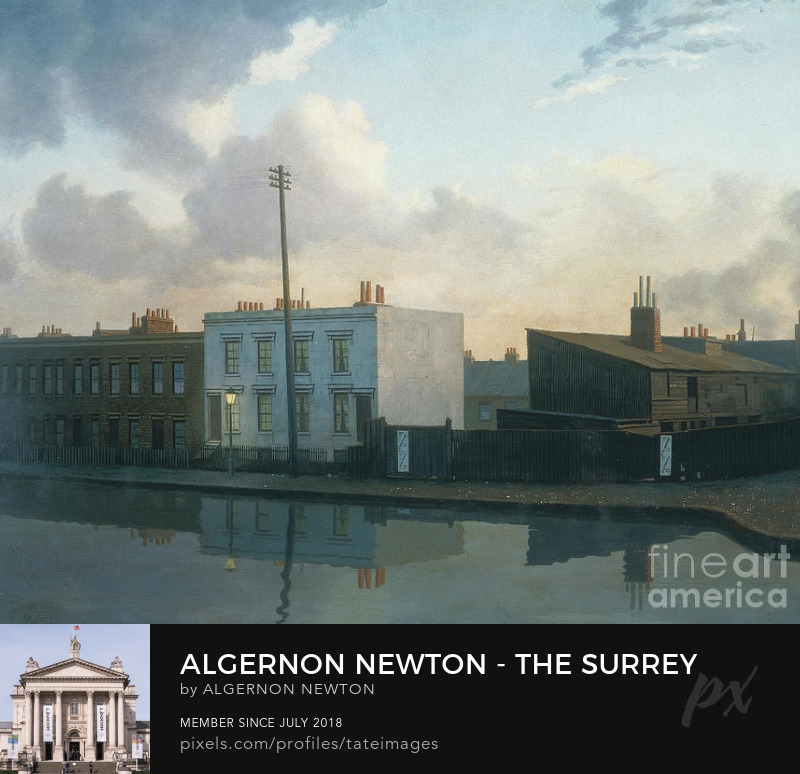 The Surrey Canal, Camberwell is a 1935 representation of the real version of a canal. Here, it is easy to see what Algernon Newton was trying to portray.

Because of the incredible attention to detail and realism he used in his artwork, galleries regard this painting as a notable example of Representational art.

Although Newton painted The Surrey Canal, Camberwell with great precision, the artwork’s quality stems from a different fact. The painting gives spectators the sense that they are looking at a photograph of the canal rather than a painting of it.

A Few Final Thoughts About The Representational Style

In addition to the four artworks I mentioned above, there are many artists who have portrayed real things in their artwork. In fact, the vast majority of artworks in existence were created using the representational style.

Representational art continues to make history, and the style often gives artists a starting point for an artwork.

Even if the artwork contains abstract elements, it is still considered representational art as long as the art is portraying a real-life subject.

With the role representational art plays in paintings, sculpture, and other artwork, it will continue to remain one of the art world’s most preferred art genres.